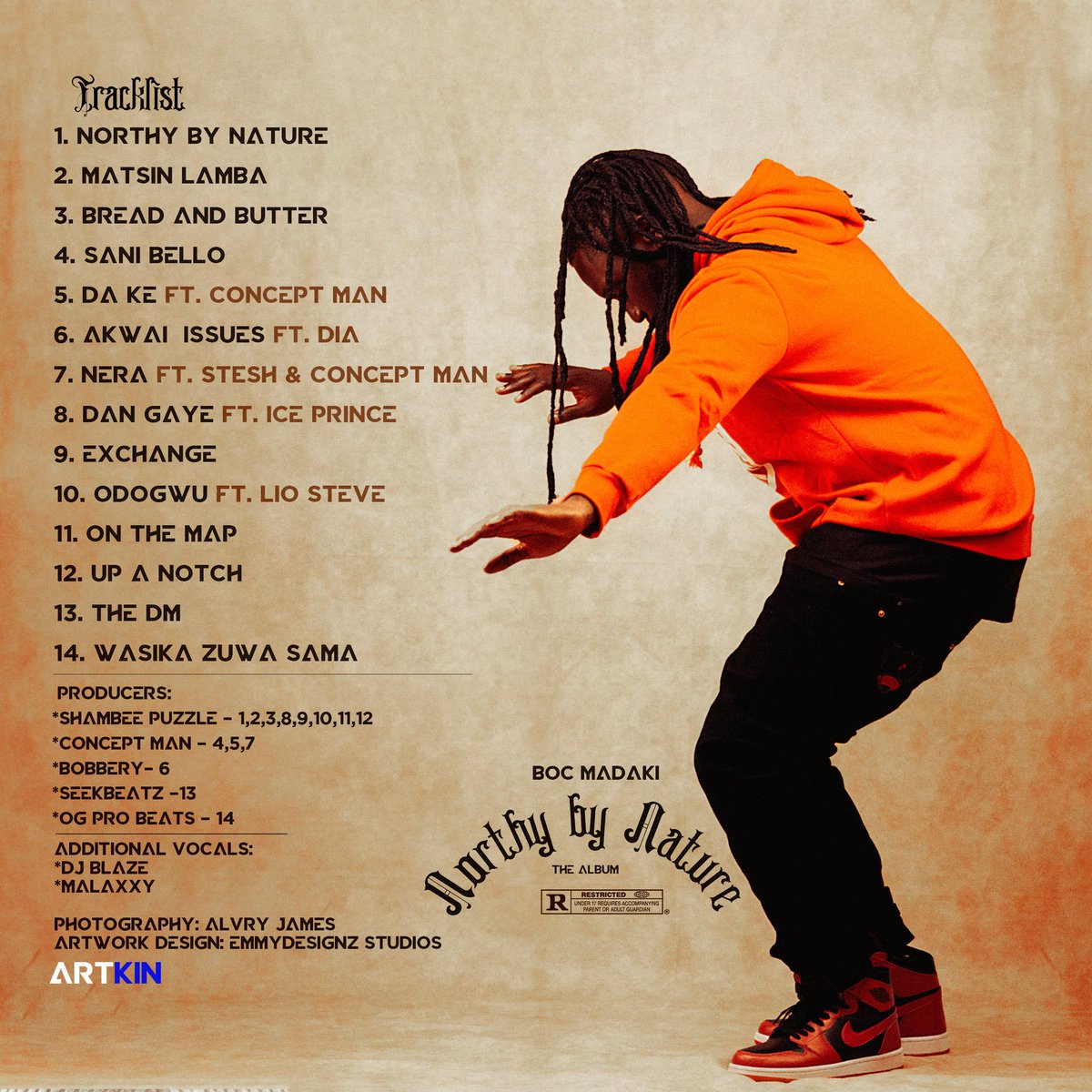 More than ever before, Madaki is more relatable and his topics are more human, with heavy socio-political conversations that go beyond the Nigerian consciousness. He bears his heart out, discusses his aspirations, his will to succeed, fatherhood and even his vanity as a 30-something year-old Nigerian.

Central to the spirit of this album is ‘Matsin Lamba.‘ Madaki’s emotions can be heard in his tone and vocal texture. The beat is like a canvas for his catharsis. He sings that, “I can feel the pressure from every angle… I’m over 30 years, but I ain’t never lived in my father’s house…”

Northy By Nature is a solemn offering of societal viewpoints from a personal perspective. At the end of the album, Madaki addresses the loss of his father on ‘Wasika Zuma Sama.’

The track also ends a cycle of emotive topical conversations. On the two tracks before ‘Wasika Zuma Sama,’ Madaki addresses the varying uses of social media amongst young Nigerians.

On ‘The DM,’ he paints a picture of how Nigerians try to start relationships via social media messaging features. On ‘Up A Notch,’ he also discusses the many psychological downsides of social media as well as his determination to succeed.

He discusses life’s struggles on ‘Nera,’ love on ‘Exchange’ and his aspirations on ‘Akwai Issues.’

He is also not afraid to say profound, thought-provoking things. On ‘Akwai Issues,’ he discusses Black Lives Matter protests thus, “A lot of things pissing me off just like my bladder, xenophobic people protesting black lives matter. Hypocrites and double standards are irritating. The world is infected by hate and only love can disinfect it.”

While the project might now seem socio-politically charged, it’s not all ‘conscious.’ On ‘Dan Gaye,’ he engages bragaddocio and even calls himself a ‘fresh boy.’

On ‘Sani Bello,’ he uses retired Nigerian Army colonel and administrator, Colonel Sani Bello as his ideal definition of success. He wants to live like and make it big like Sani Bello, who became a wealthy businessman after his stint in the Nigerian Army.

Aiding the album is a slew of carefully-curated beats and impeccable track sequencing which gives this album an enjoyable creative balance. On the negative side, the album feels a little too long at 57 minutes.