– Henrique is said to have survived the horror accident unharmed

– He is currently admitted in a private hospital for close monitoring

Henrique has miraculously survived after he fell 200 meters off a cliff while in his Land Rover.

The Cruzeiro midfielder was identified is said to have been rushed to hospital after the fall but had no fractures. 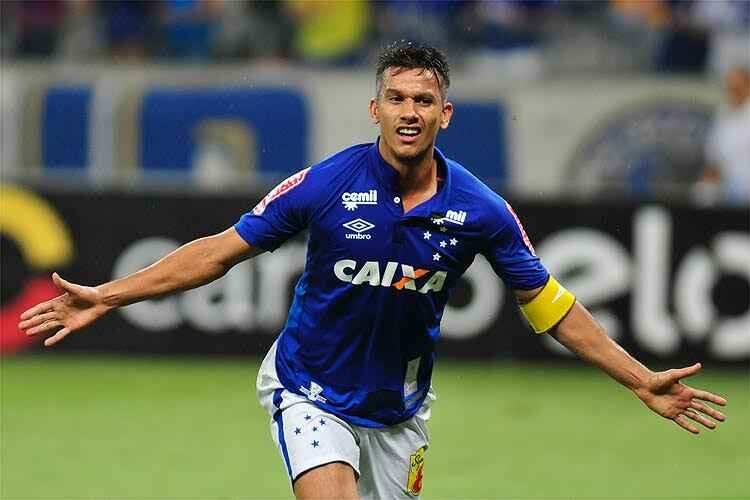 Henrique: Firefighters rescued the midfielder from the wreckage of his Land Rover before he was rushed to the hospital. Photo: Superesportes.
Source: UGC

According to SunSport, sources in Brazil reports the accident took place on Friday night, June 26, 2020.

The Cruzeiro player is currently understood to be in Belo Horizonte hospital where is under observation.

It is believed his vehicle plummeted from a cliff nearly 200 metres high inside the Rola Mica State Park. The statement added Henrique was taken to the hospital nearly four hours after the fall after the Fire Department came to his rescue.

His manager Leandro Lima has since confirmed the player remains in a stable condition.

The 34-year-old only recently returned to Cruzeiro after a loan spell at Fluminense.

Meanwhile, Legit.ng had earlier reported that Roberto Duran has tested positive for coronavirus and has been taken to the hospital after showing flu-like symptoms.

The former four-division weight champion fought for over five decades, with a record of 103 wins, 70 of them coming by the way of knockouts and 16 losses.

The 69-year-old who was known for his aggressive punching power, hails from Panama and retired from competitive boxing in 2001.

Legit.ng has also reported that Ronaldinho’s constant partying lifestyle with Alexandre Pato led to the break up of his first marriage, former wife Sthefany Brito claims.

The former Chelsea and AC Milan star is believed to have lived too much of a party boy lifestyle which affected his career and marriage.

The former AC Milan and Chelsea striker was once considered the next big thing after bursting onto the world stage as a teenager.

It was his drinking and clubbing that ended his first marriage and had been in an on-off engagement with actress and model Brito.